The film grossed a total of $45 million worldwide, becoming one of the top 20 highest-grossing Indian films of all time. It retrieved $3.68 million of that amount simply on its opening day in China.

The film’s success led to the development of its followup, Angrezi Medium. Producer Dinesh Vijan had told Mid Day, “The response we have got is phenomenal. The entire unit of Hindi Medium, including Irrfan and Saba, who look cool as a couple on-screen, should be repeated in a film. There is definitely scope for a sequel. We would certainly explore it.”

The second installment, however, starred Kareena Kapoor in the place of Qamar and did not do as well as expected. The film released on March 13, 2020 and Indian films had been banned in Pakistani cinema, so there wasn’t much room for discourse then.

But the Pakistani celebrity recently held a live session on her Instagram with her fans from India and she could not stop blushing because of the comparisons they made. 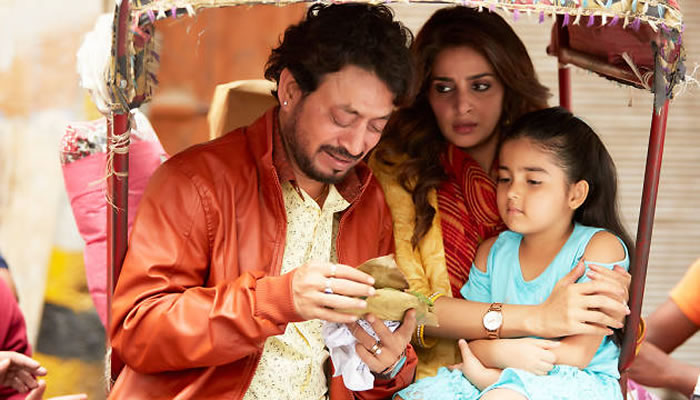 Her fans told Qamar that they missed her too much while watching Angrezi Medium and the film did not do well at all. “Barely anybody watched it, it was even made available on streaming platforms but there was no hype,” they said.

Qamar just smiled, blushed and without passing any comment switched the topic to her most recent project, Sarmad Khoosat’s Kamli. Clearly the star did not want to blow her own trumpet but that did not stop her fans from praising her and it shouldn’t stop us either.

Faryal Makhdoom Claps Back at Haters Judging her Fashion Choices

Ali Abbas Has A Huge Crush On Mahira Khan